The grid, the strip, the highway, and the suburban cul-de-sac are well known circulation typologies. Within these typologies there are sometimes found slight hybridizations, such as “ladders”1 in the grid, or the strip may be a boulevard. Now Singapore adds the popsicle to this collection of emblematic infrastructure typologies. These street circuits become terminal locations in an otherwise highly networked and connected city – locations that are only places, without direction to some place else.

The popsicle closes in on itself creating a loop that becomes a critique on the ever-connected and directed network of the city. In other words, it prevents more connections from being made. It does not further support the city’s network but inscribes itself into the existing street layout as an almost independent circular figure. There is only one point where such a loop connects to the city street network. Surrounding streets of the network are always bounding the popsicle, which in turns inflates towards this fringe, thereby creating a redundancy of parallel circulation – always with green in between.

The redundancy is broken only at one place, where the popsicle stick touches the existing infrastructure and allows access to the loop. This spectacular point works as (or literally is) a gate, and the stick becomes a location where there is a coming and going of movement. Movement out of the popsicle loop is swept back into the network, whereas movement into the loop becomes a one-way directional channel of movement. On the popsicle street, circulation is always experienced in reference to movement on parallel streets next to it, directly across the green. However, movement on a popsicle loop is mostly slower and localized.

The size of the popsicle determines the relationship between the inside and the outside of the loop. If it is small, the central area resembles a commons. A communal pool, playground, or other public program is located here. If the popsicle is larger, the whole center space accumulates matter, becoming a complete development, the outside becoming mere green in between. At a certain size the popsicle no longer divides program with its loop but becomes the absolute container of the whole development.

In Singapore we find popsicles with a diverse range of locations as well as programs. They can be anything from hospitals, hotels, residential, parks, and even industrial quarters.

The popsicle is so successful because of its straightforward functionality. Within its programs, perpendicular movement around the popsicle produces localities, roadside attractions along the loop road. The popsicle becomes a place as a larger-scale city location, and also provides an array of smaller locations within its loop.

Similar to an actual popsicle, which enables us to enjoy ice cream without a spoon, the Singapore Popsicle is a civilizing invention: as a circulation type it is a means to segregate without having to build a fence or wall. Implicit control. 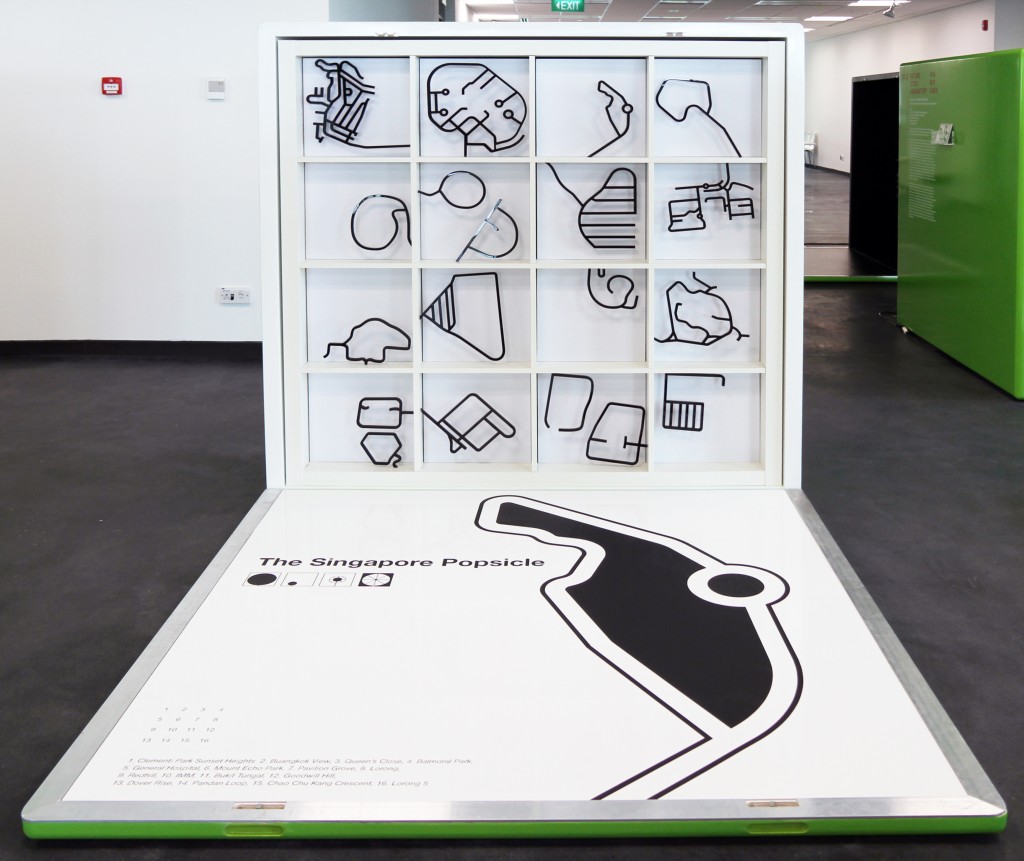 Exhibition of 16 specific Singapore Popsicles within the grid.

The various types of popsicles within the city structure. 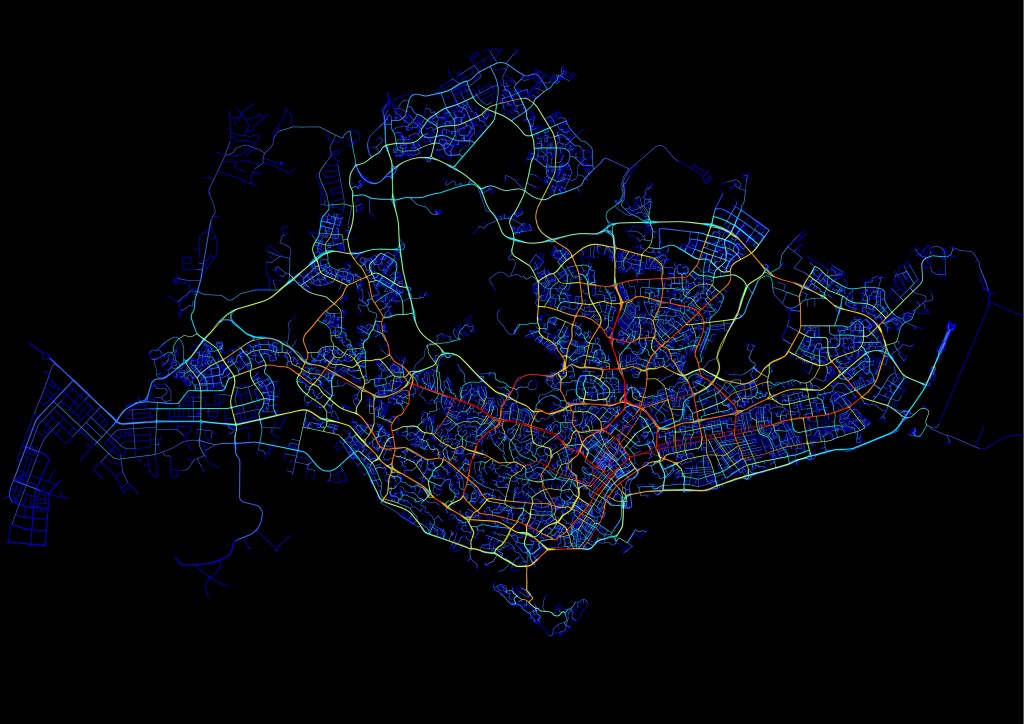 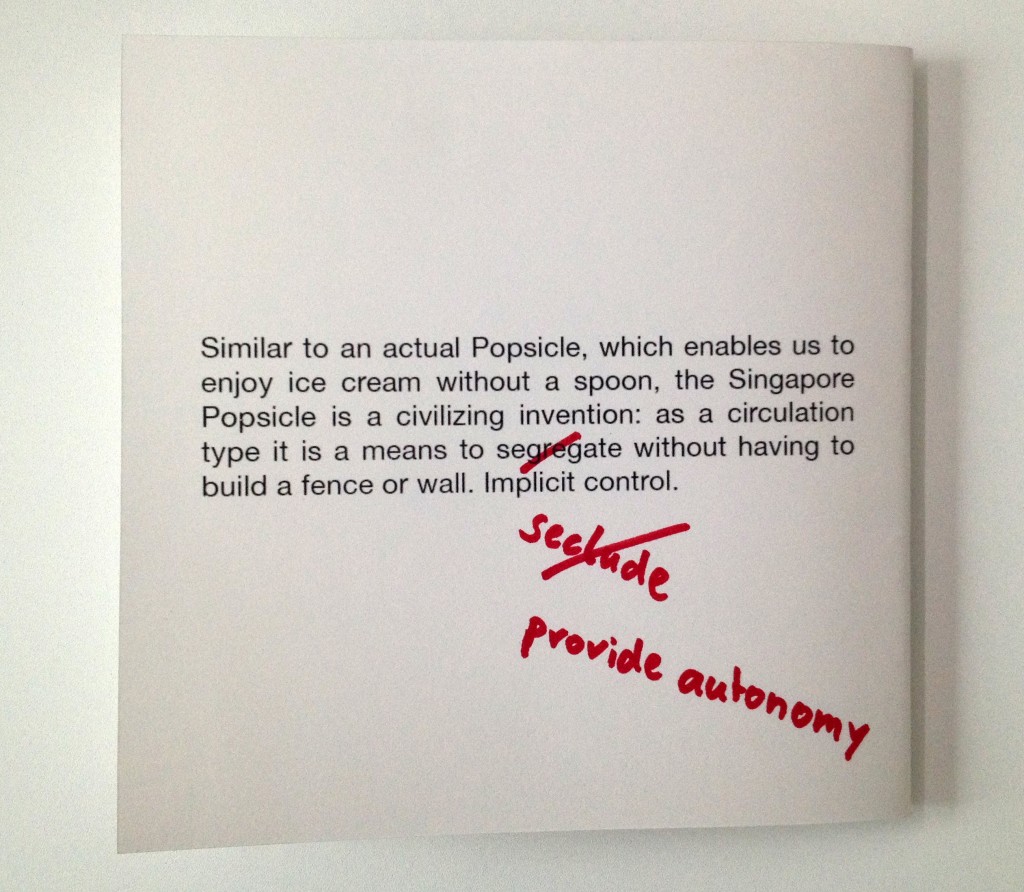 Back cover struggle with words.