With support by the Goethe Institute we are taking part in this year’s Colombo Art Biennale (CAB). Together with Assemble, Madelon Vriesendorp, Will Alsop, and others, CAB invited us to interact with the city’s Slave Island community, centrally located just next the Fort area—Colombo’s central business district. We already knew Slave Island from last year’s visit to the annual Colomboscope festival.

Slave Island is comprised of quite a diverse cultural collective. Its largest ethnic communities are Sri Lankan Moors and Sinhalese. However, Burghers, Malays and various kinds of religions such as Buddhism, Hinduism, Christianity and Islam can be found here as well. Slave Island got its name from being an area where slaves were held during the Dutch and Portuguese occupation. The years of the Sri Lankan civil war also left their marks in the area, for example with the infamous Hotel Rio Complex, a hotel that was ravaged and burnt down just days after its first opening in 1983 while remaining a monumental ruin ever since.

CAB’s call for attention for Slave Island comes at a very timely moment of the development of Colombo and in particular of Slave Island. In close vicinity big investments like hotels and shopping malls are being projected or get to be finished soon. And of course, the land of Slave Island is well under scrutiny by such endeavors.

With our distanced view it impossible to truly understand these mechanisms and the current state of Slave Island. But what we can see is that the area can easily be identified as a special figure within Colombo with a feel of homogeneity exactly because of its prevailing heterogeneity.

So what should or could we do here? We cannot simply sneak ourselves into that local culture and pretend to understand or participate within it. The community acts by itself, otherwise it would be no community—and it certainly does not need external triggers by some socially enthused architects. So, we follow our long standing interest in representation and decided to represent Slave Island in a way that it can pick up a conversation with Colombo’s envisioned futures of real estate investments all around Slave Island. Together with a local wood carver we represent Slave Island’s morphological status quo of 2016, not as vulnerable urban context up for development, but as an entity and project in itself.
A model as service to provide some overview. 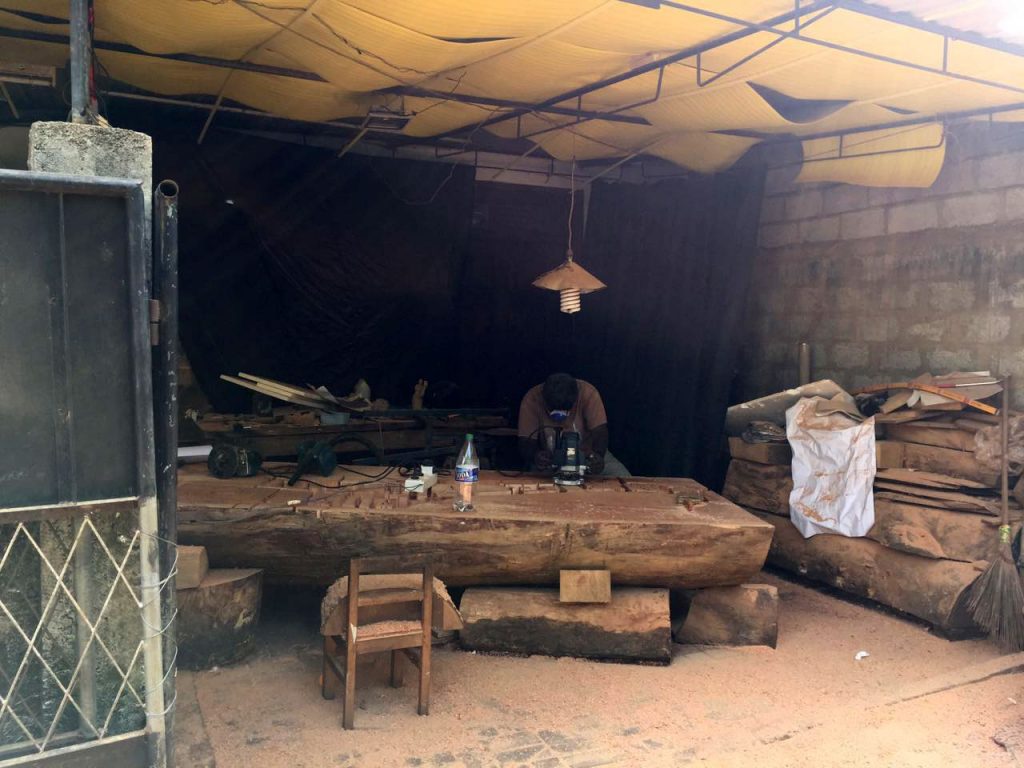 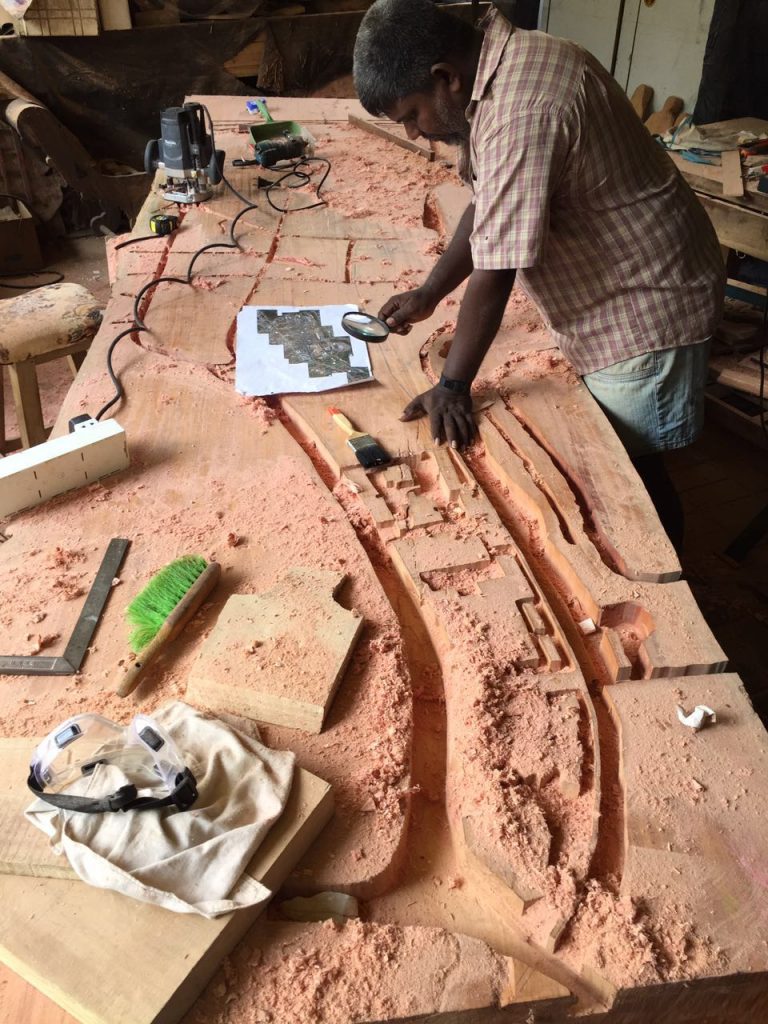 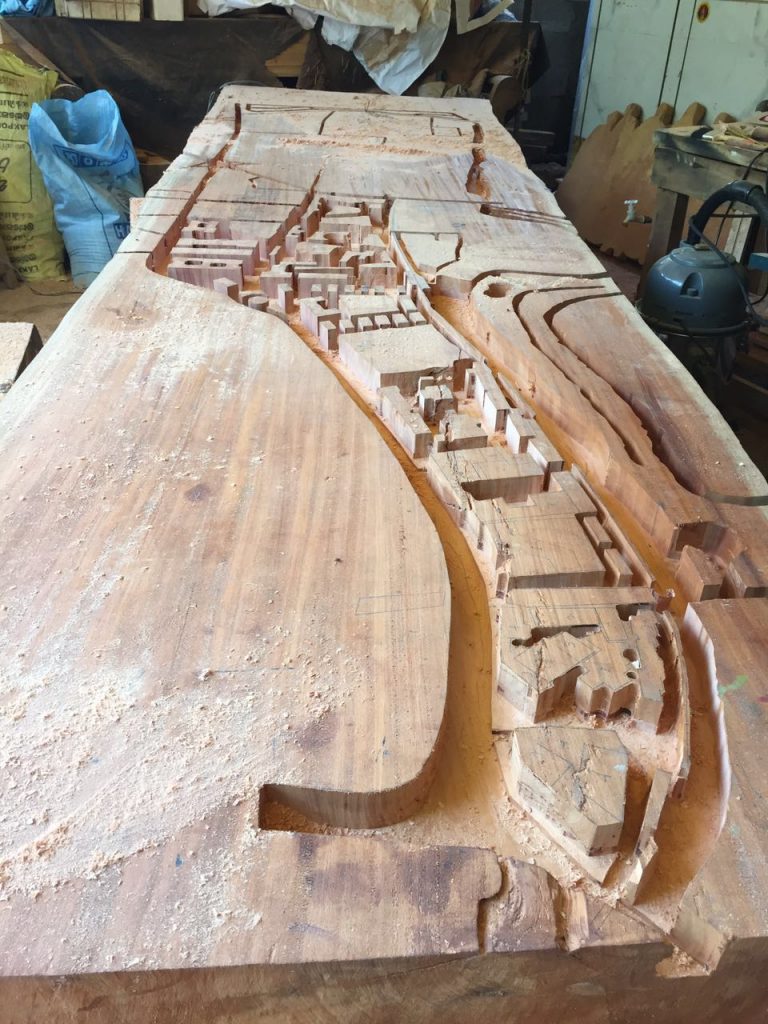